Whenever I read articles about success or creativity, the authors usually create Golden Rules that people should abide by to be successful in business or to enhance creativity. Interestingly enough, there are usually seven of these rules and they include useful advice such as “change your mindset,” “utilize inspiration” or “take a much-needed pause or break.” I would like to add that past experiences and particularly rich personal experiences are critical ingredients in ensuring success and enhanced creativity.

I have been particularly lucky that my job as a Creative Director has taken me to many parts of the world. I have lived and worked in three world regions; North America, Asia and the Middle East. This experience has been valuable in nurturing a global mind when approaching creativity. I have outlined a few examples below that demonstrate the advantages of this way of thinking. 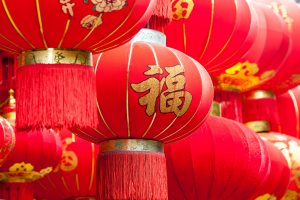 Different countries and cultures attach different meanings to color. In China, red is considered a very auspicious color and is used in all major celebrations and to ensure good luck. In many countries in Europe, purple is considered a color of power and royalty because of the rarity and cost of the dye originally used to produce it. The Catholic religion uses purple for religious garments and ceremonies particularly during seasons of penance such as Advent and Lent. In some countries, blue is considered a masculine color and pink a feminine color, but in some Eastern cultures, the opposite is true. White is the color of death and mourning in some Eastern cultures while black has the identical meaning in Western cultures. So how does a global mind approach colors? It seems that many cultures use very obvious and recognizable colors such as red, purple, black and white to mean very specific things. So a global mind would be more open to using unique colors such as mauve, chartreuse, viridian or putty which evoke a certain feeling or sense of style as opposed to religious or political implications. 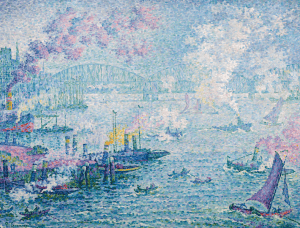 If a client is getting their home interior renovated and gives the instruction that they want an Impressionist palette, how would an interior designer know what that is if they have never seen an Impressionist painting or visited a museum to see what the Impressionist movement was all about? Although many subjects can be researched online, there is nothing compared to seeing the real thing or experiencing something first hand. I actually never understood how the Impressionist masters came up with the colors to paint the skies in their landscapes until I visited Rome, Paris and Amsterdam and saw the skies at dusk in person–and they really were casting those blue and pink hues!

CAN WE ALL GET ALONG? 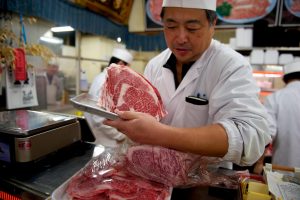 With all the focus on “Black Lives Matter” in the news, the importance of understanding inequality and injustice has become more apparent. How would a global mind be better prepared to understand and communicate about current social and potentially controversial issues? Unfortunately, inequality and injustice are not endemic to the U.S. Racially- and religiously-charged discrimination is even more prevalent in other countries such as India, Burma, China and Saudi Arabia. Even in peace-loving countries such as Japan, there are surprising instances of discrimination. During a project with the launch of Farmland premium pork products, I was given a quick lesson on the “Burakumin,” an outcast group at the bottom of the traditional Japanese social order that has historically been the victim of severe discrimination and ostracism. They were originally members of outcast communities who worked in industries involved with death such as funeral parlors and processing meat in slaughterhouses. Even in present-day Japan, people that work in these industries get hate mail because of their jobs. Some companies were secretly screening potential employees illegally for ancestral ties to “Burakumin” families. Nowadays, individuals are buying these secret lists to screen future in-laws ahead of marriage. 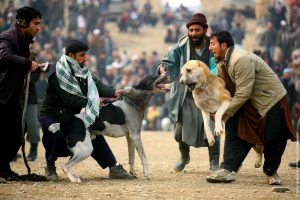 And not just people, the global mind is exposed to the maltreatment of all living things. In the Middle East, dogs are not the beloved pets that they are in Western culture. Dogs in Islam, as they are in Rabbinic Judaism, are conventionally thought of as ritually impure. This idea taps into a long tradition that considers even the mere sight of a dog during prayer to have the power to nullify a pious Muslim’s supplications. Similar to many other mistakenly viewed aspects of Islamic history, today both most Muslims and non-Muslims think that Islam and dogs don’t mix. About two hundred years ago, ideas about contagion began to change. People in the Middle East, Europe and elsewhere started a correlation between outbreaks of plague, cholera and malaria and the physical proximity of victims to garbage heaps and other unsanitary places. Although in the past, dogs provided a service by eating garbage, they were now seen as possible carriers of disease. In Afghanistan, dog-fighting is a popular form of public entertainment. It is a gruesome sport that uses large dog breeds such as Mastiffs and Afghan Hounds to attack each other, sometimes to their deaths. The spectacles usually occur on Fridays, which is ironically the holiest day of the week for the Islamic religion. 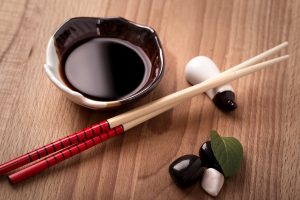 Another way to nurture a global mind is to experience other cultures, particularly different cuisines. How would these experiences affect creativity? As a Creative Director, I have been to many photo and video shoots where I am required to set a certain mood or to incorporate elements that show sophistication or diversity. Having knowledge of place settings, interiors or clothing of different countries can help show a certain sophistication through styling. Many brands are demanding to show more of a local environment or aesthetic to their images. Since China is becoming a force in the global economy, knowledge of certain cultural aspects such as chopstick etiquette would prove valuable. A Chinese brand may ask a marketing agency to provide images of a family eating dinner and showing chopsticks being used in a rude way like sticking them standing up in a bowl of rice (only done during funerals) or having children point chopsticks at each other or using them for picking up things other than food can be a recipe for disaster. 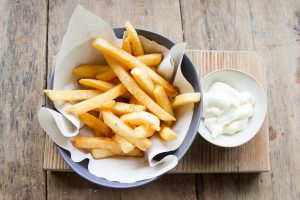 Another lesson in food culture is the use of ice and ketchup. In the U.S., ice and ketchup are standard features in drinks and dinner tables. But in Europe, most cold drinks are served without ice and asking for ice will only result in an icy stare from the waiter. In Germany, beer is actually served at room temperature which would be unthinkable in an American bar. French fries, which were actually invented in Belgium, are served with a side of mayonnaise unlike in the U.S. where they are smothered in ketchup. In Europe, ketchup is viewed as an American phenomenon and would not be served as a condiment for burgers or fish and chips. These types of experiences would surely change someone’s mindset on food culture.

These are just three examples of how a global mind would use personal experience to enhance creativity. Most people are not lucky enough to live and work in as many regions and countries as I have, but there are other ways to nurture a global mind. As efforts to contain the effects of the COVID-19 crisis ramp up, millions of people across the globe are stuck at home. Having a large chunk of time in your hands is a good opportunity to stretch that gray matter between your ears and learn new and unfamiliar things. Some of the activities that can be done at home and still nurture a global mindset include reading, watching foreign tv shows and films, cooking and eating ethnic cuisines, learning a foreign language, becoming an X-phile (Anglophile, Francophile, Japanophile), listening to ethnic music and joining a foreign social media group. If you have any other questions on how to enhance creativity or communicate with a global mind please contact us. 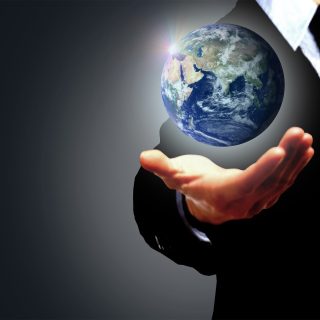