In my pre-Able&Co. life, I was the global marketing communications director for Vishay Precision Group, Inc. (VPG), a globally recognized designer, manufacturer and marketer of resistive foil technology, sensors and sensor-based systems to niche industrial applications. Their solutions are marketed through their acquired companies, whose company names transitioned into power brands that are well-known in their particular markets.

THE SANDBOX – BECAUSE THERE’S ALWAYS A SANDBOX

In every position I’ve had, one of the first things to figure out is how big your sandbox is and what’s in the sandbox. There’s always a lot you can do within the guidelines, and once you’ve got some credibility built up, there’s always room to customize that sandbox and transform it to work towards the company’s objectives.

VPG spun off from its parent company in 2010 and retained many of the practices of the parent company, including the format for its Annual Report. My department was responsible for producing the cover and editorial pages for the Annual Report, and the senior director of Investor Relations and Corporate Communications coordinated the production of our color pages with the production of the financial section.

When I joined VPG in January of 2016, the production for the 2015 Annual Report was in full swing. I tucked away bits of feedback from my team:
• It’s really hard to come up with something creative every year
• Image selection is very challenging
• The process is extremely stressful; we don’t always have the information and approvals in a timely manner

DEFINING THE SANDBOX – UNPACKING THE FEEDBACK WITH ‘WHY’

In one of my eMBA classes, I learned that when there’s a recurring issue or pain point, it’s a good idea to ask ‘why’ the issue occurs, and then ask ‘why’ two or three more times to get at the root of the pain point. The practice of asking ‘why’ removes any blame, because the real cause is usually a policy or practice thing, not a people thing. 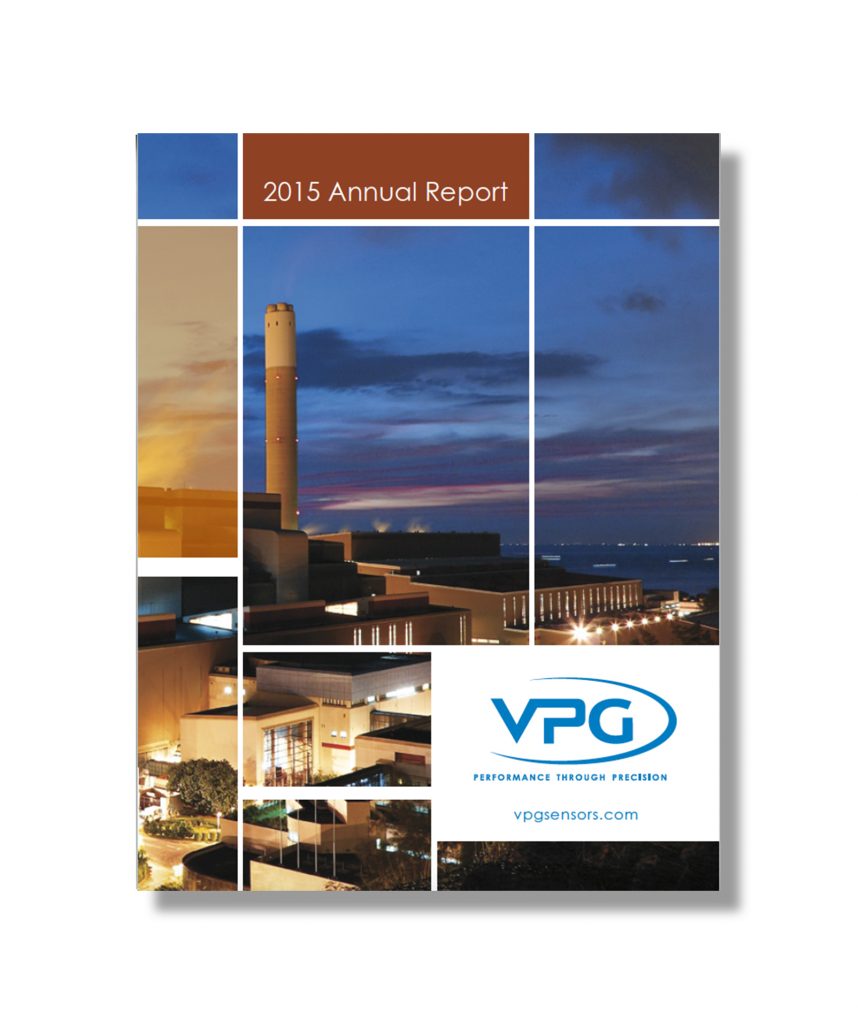 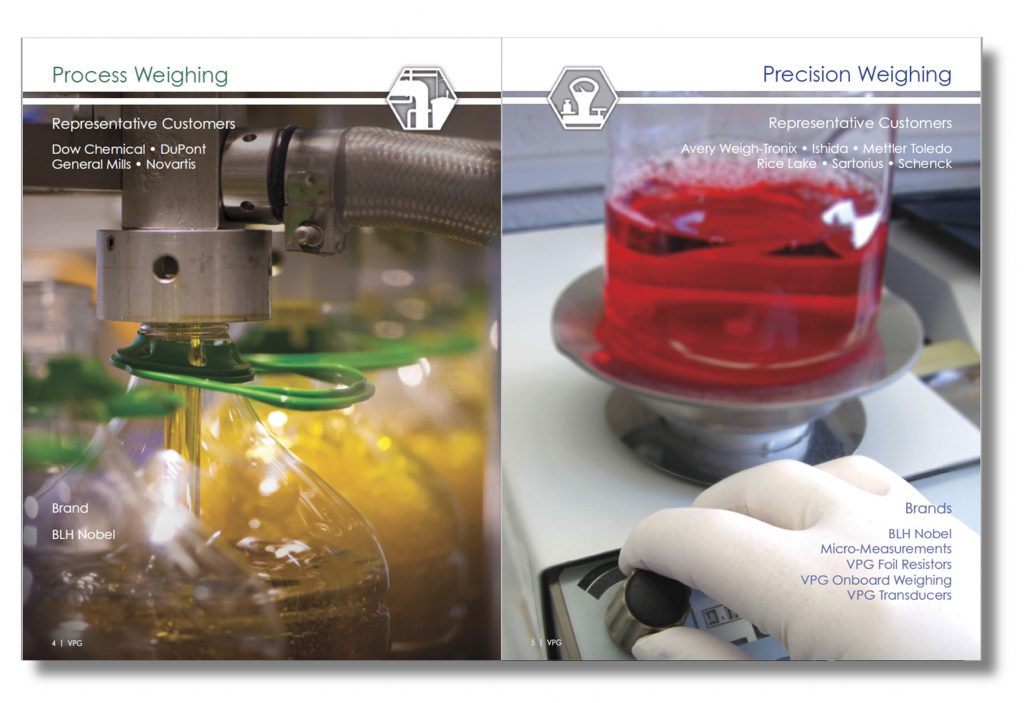 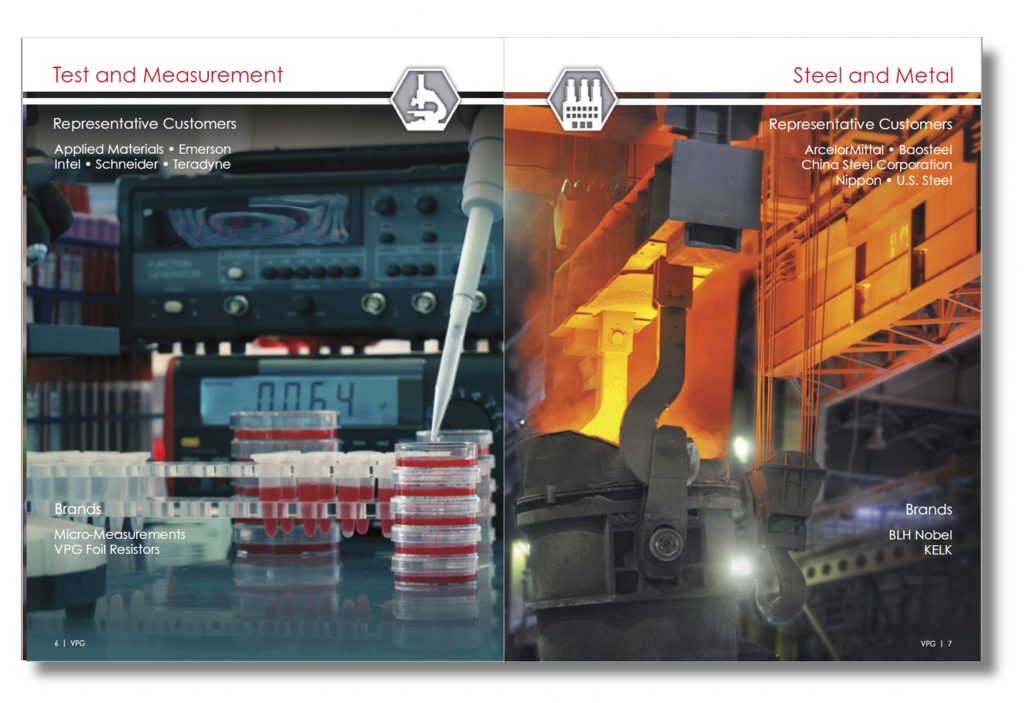 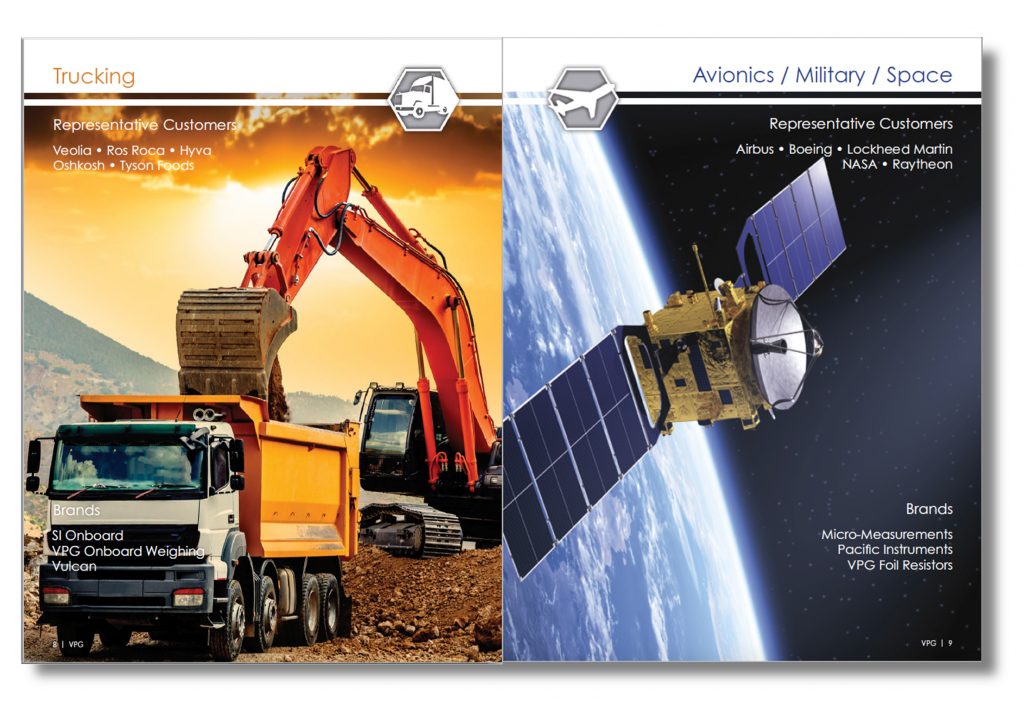 As with any project, there are mandatory components that must be included, but there are lots of creative examples of Annual Reports that work within their own mandatory requirements. Asking ‘why’ turned up the following assumptions and facts in my department:

PLAYING INSIDE THE SANDBOX – WITH CHANGE COMES OPPORTUNITY

My personal experience is that if you’re in a service group, it’s good practice to keep an eye out for serendipitous opportunities that can provide positive wins and improvements for your department, brand and/or company. For example, at VPG, our department’s internal customers were located around the world, often with their own original culture, practices and business objectives. Like many other organizations, this business model can create silos, and service group hubs, such as HR, IT and marketing communications, can find connections and scalable solutions that are enterprise-wide.

At the end of Q2 2016, the senior director of IR and corporate communications left VPG. This opened opportunities to address the department’s pain points:

With the theme Forging the Future, Able&Co. collaborated with my team to create the 2016 Annual Report concept, which featured hexagonal shapes reminiscent of lug nuts and bolts, and my team introduced an industrial texture to stock photography, resulting in giving those stock photos a bespoke look.

Here’s how the 2017 Annual Report turned out. 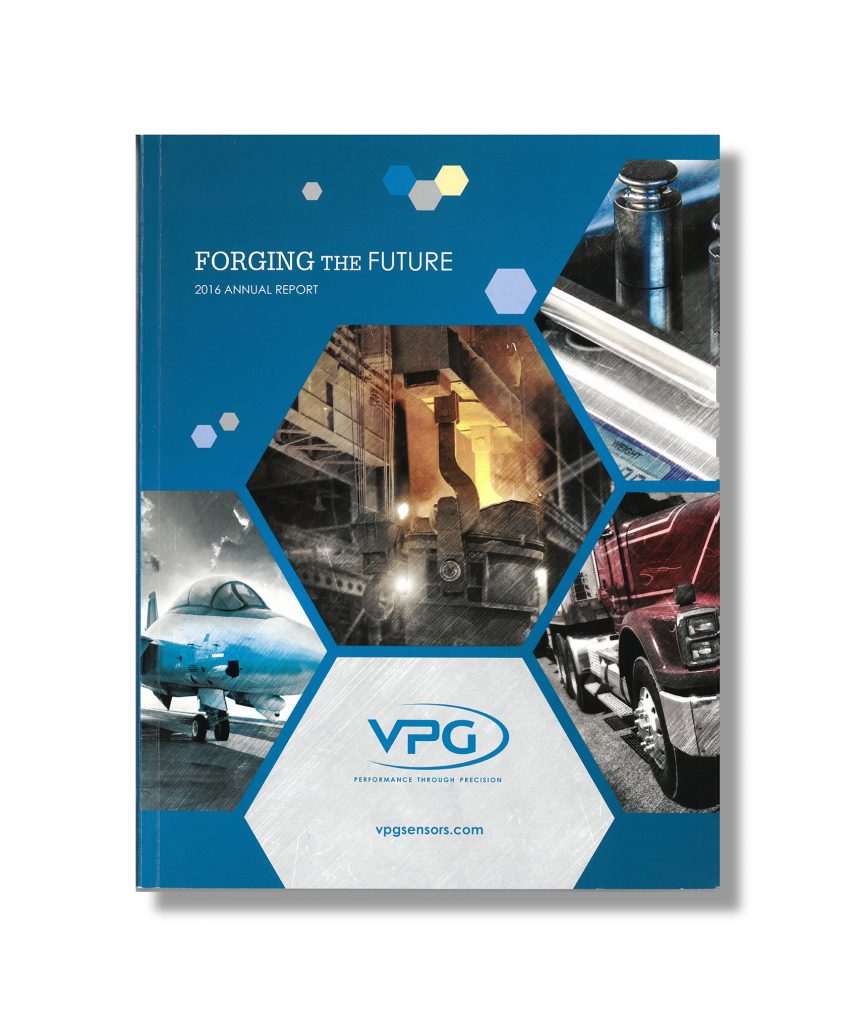 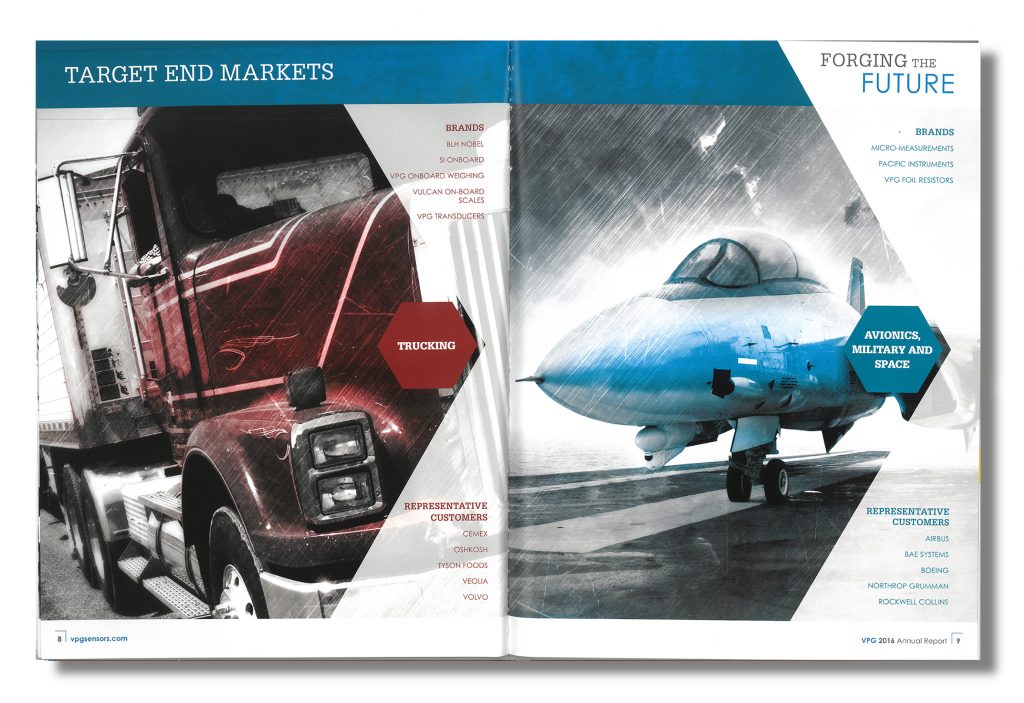 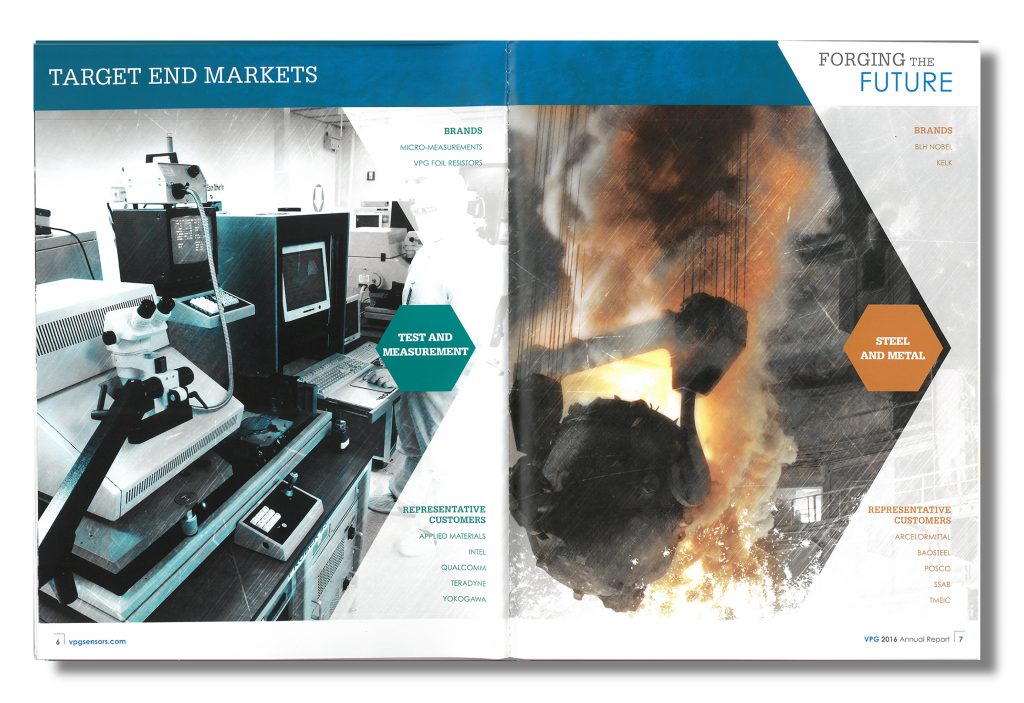 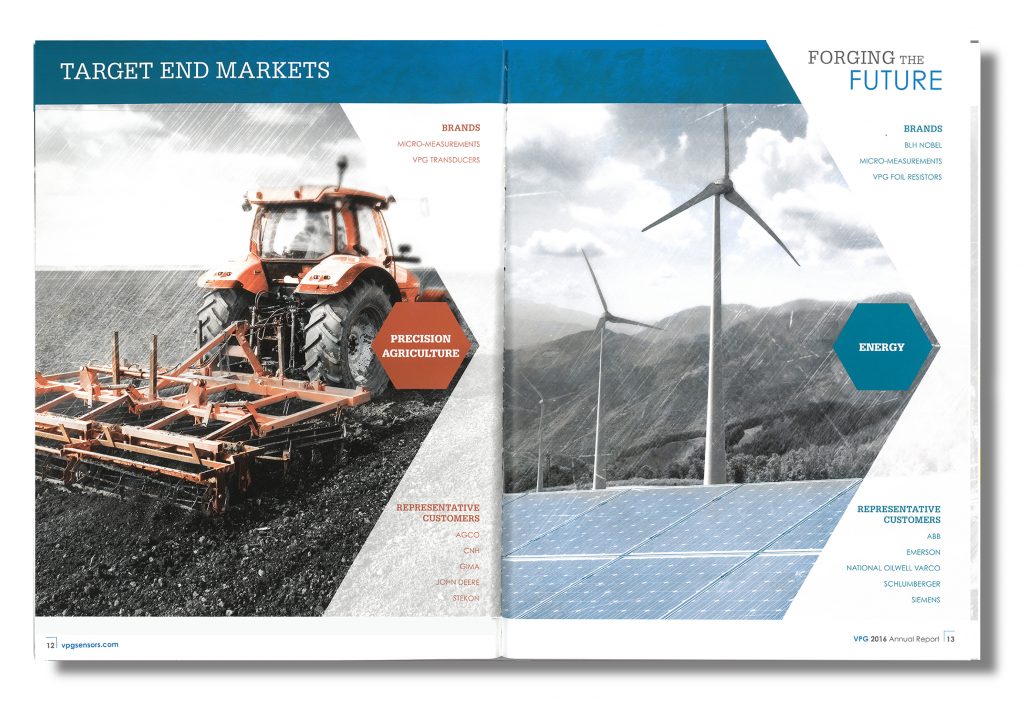 REARRANGING THE SANDBOX – ROOM FOR IMPROVEMENT

I was also given the opportunity to support Investor Relations activities, and in doing so, I soon noticed that our senior management reported our results by three segments, but the editorial pages did not align with the written and oral communication.

During one of my regularly scheduled check-ins with our CEO, we discussed the benefits to improve the alignment of our visual presentation with our messaging. He immediately saw the opportunity for improvement, and we were off to the races.

I worked with the external investor relations agency, which had a design department. Using the same agency that was already heavily involved with our IR activities allowed them to internally collaborate in schedules and copy development.

I explained that our objective was to develop a new theme, concept and layout that would capture all of the information that had been in the previous Annual Reports, but organize the information into the three reporting segments. Although the amount of information varied, the three segments also had to look evenly weighted.

After overcoming a few print challenges, we were able to use the same die-strike for the 2018 and 2019 Annual Reports.

You can see how the 2019 Annual Report turned out! 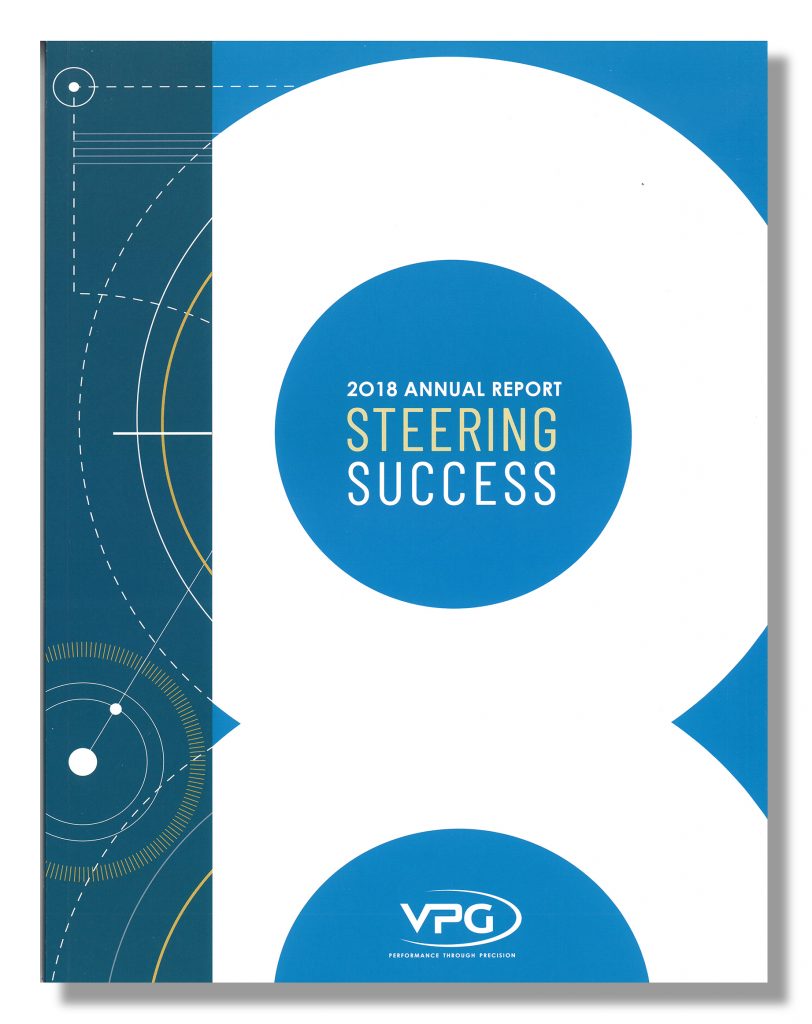 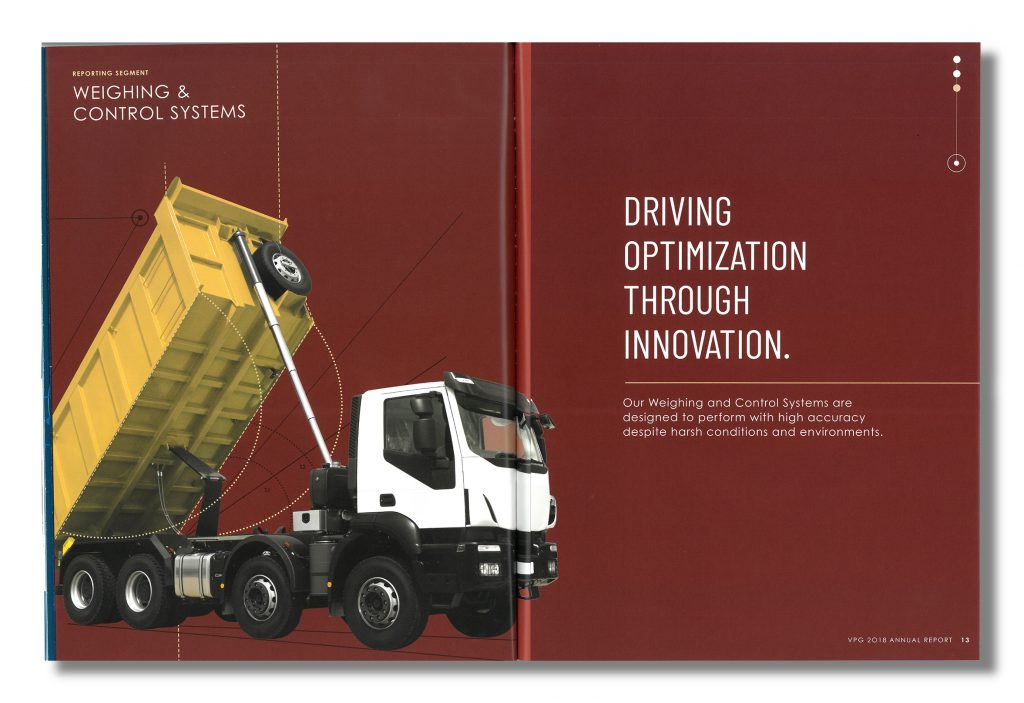 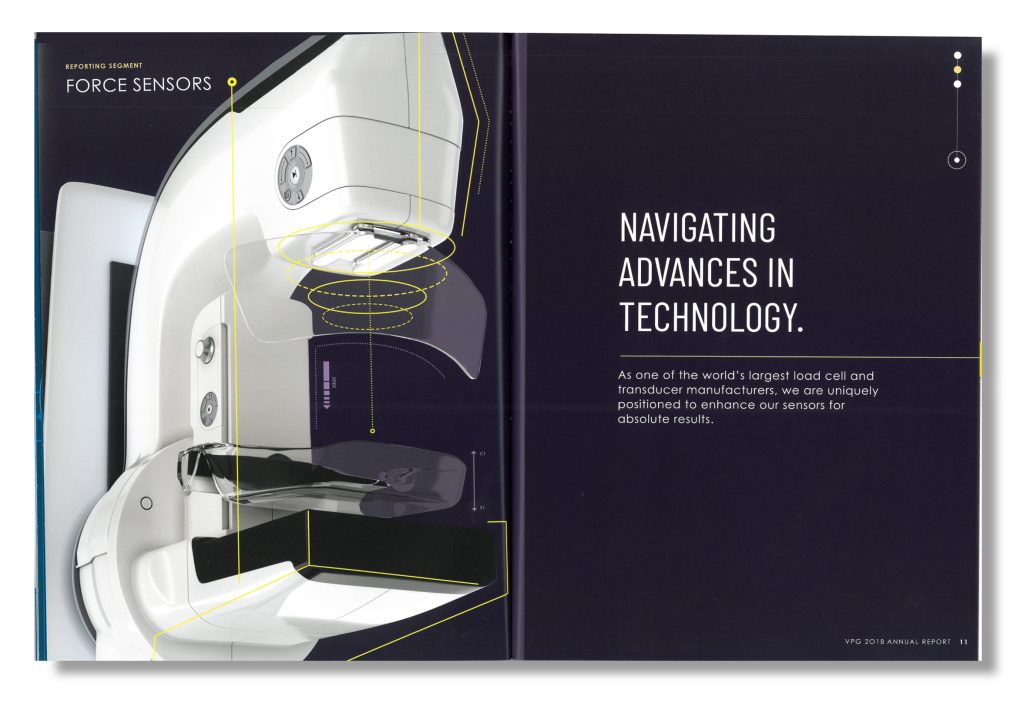 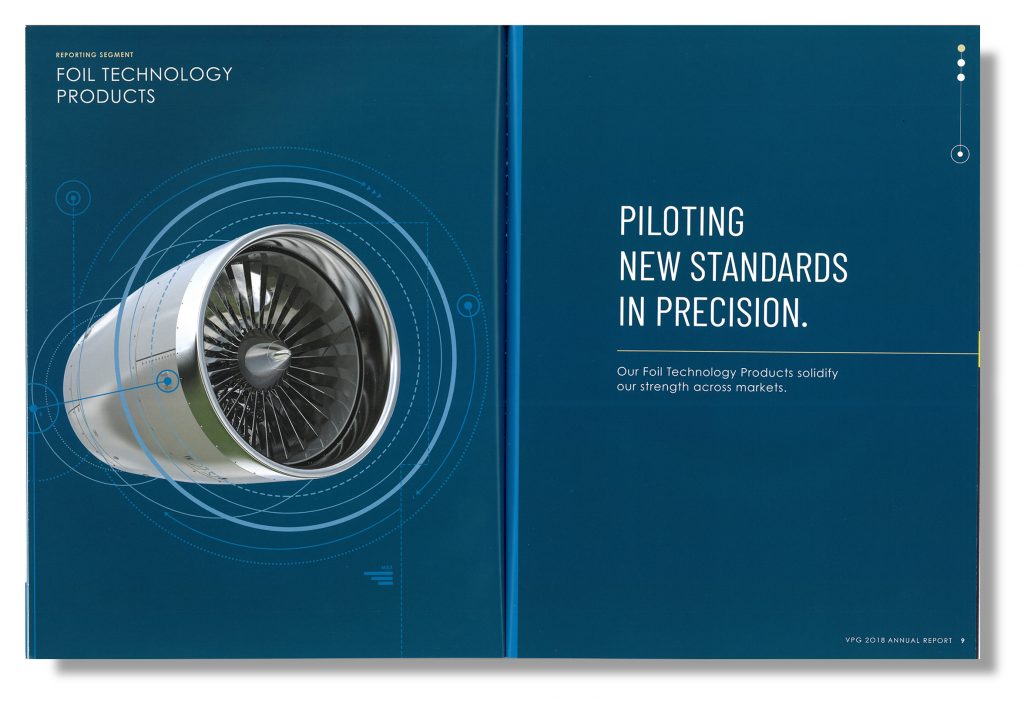 WHAT’S IN YOUR SANDBOX?

No matter where I’ve been, there’s always room for creative problem-solving that can make a big impact for you, your brand and/or your company. And, even if your sandbox is small, you can do a lot with the sand you’ve been given when you keep your eyes open for opportunities. Having a track record of developing great strategy followed by exceptional creative is a great way to help you justify getting more sand to play with, and even making your sandbox a bit bigger.

I joined Able&Co. in 2020, because I wanted the opportunity to offer this kind of expertise and experience to more people with a team of like-minded experts. Let’s start a conversation – we’re ready to listen and play in your sandbox 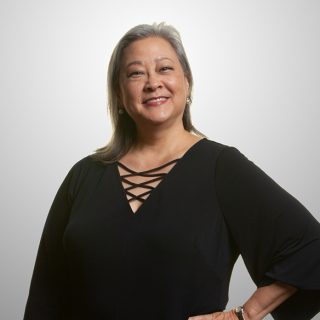