When I conduct my visual research for creative ideas, I run into countless articles proclaiming the latest creative trends in fashion, photography, design or illustration styles. I am constantly amazed at how Millennials are embracing trends that were popular decades and even centuries ago.

Illustration has been a very hot topic for the past several years. With the onset and availability of computer graphics, new illustration styles have emerged. According to a survey of various creativity sites, the top illustration trends for 2020 include Surrealism, Limited Palette Flat Color, and the Geometric and Abstract styles. I looked into these styles and the historic art movements that have influenced them.

Surrealism became known for the juxtaposition of uncommon imagery. Nature and people are often presented in a realistic style but then placed in a dreamlike/otherworldly scenario or landscape.

Surrealism’s impact on illustration, design and visual communication in both marketing and today’s art landscape has been distinct and wide-ranging. This style was the proponent of new illustration techniques and showed how the world of dreams, symbols and fantasy could be explored visually in ways that can provoke a universal response.

Salvador Dali is one of the more eccentric members of this group. He has dabbled in the mainstream, creating works for Walt Disney which was later developed into the short film “Destino” and even designing the ads for The Gap and creating the Chupa Chups logo.

Rene Magritte is another household name in the art world. Known for his haunting self-portraits with apples, bowler hats and visual play with words in his art, his paintings have become too recognizable to steal.

Billout’s style and technique often portrays a surreal parallel dream world where something is always out of kilter.

Almost 40 years later, surrealistic illustration is having a renaissance of sorts. Young talent embracing the style is popping up in all parts of the world, especially Japan. Tokyo artist Kazuhisa Uragami incorporates snapshots of life in modern-day Japan which captures a mood or emotion. He has worked on a myriad of projects across the advertising, publishing and editorial landscape.

Another contemporary illustrator whose works frequently show surrealistic wit is Craig Frazier. He is a frequent contributor to the New York Times and publications like Time, Fortune, and The Wall Street Journal, just to name a few. Amongst his corporate clients are Adobe, American Express, Boeing, Chevrolet, Deloitte, U.S. Postal Service, and United Airlines.

Another example of modern Surrealism? The Able&Co. illustrations! We worked with Anton Firsik, an artist and illustrator in Kyiv, to create a series of surrealist illustrations reminiscent of Magritte’s work. Each layout featured small people and a larger-than-life ampersand in a very atmospheric setting.

Although the most famous and recognizable Pop Art portrait artists were Andy Warhol and Roy Lichtenstein, there were two other figurative artists that gained popularity in the 60s and 80s – Tom Wesselman and Alex Katz – who have influenced the current flat color portrait illustration style. Both experimented with using fields of flat color in their portrait art.

Katz was influenced by the films, television shows and billboard advertising of the early 60s. He began painting large-scale paintings, often with dramatically cropped faces, which quickly made their own cultural impact

Regional artists such as Pegge Hopper also embraced the flat color style. Her portraits of Polynesian and Hawaiian women in beautiful traditional local dresses are famous in Hawaii.

In the 1980s, Patrick Nagel’s illustrations gained popularity because they emphasized the female form in a distinctive style, descended from Art Deco and Pop art.

Considered one of America’s most adored illustrators, Michael Schwab specializes in working with positive and negative spaces that create iconic images both bold and contemporary.

The new guard in flat color portraiture includes Malika Favre, a French illustrator and graphic artist based in London. She has become known for blending Pop and Op art, creating a unique style of her own. The 80s pop influence in Favre’s style is evident in her depiction of female figures and poses.

Cubism Movement and the Geometric and Abstract Illustration Styles

Two of the most influential artists in Cubism are Pablo Picasso and Georges Braque.

As one of the most famous art movements, Cubism has been a source of inspiration for both traditional and modern digital artists in recent history.

In Copenhagen, Mads Berg is widely known for his modern art deco style and vintage graphics. His main fields of illustration are posters, brand illustrations, key visuals, editorial illustrations, cover art and murals. The illustrations are characterized by a style which translates classic poster art into a modern and timeless look.

Riccardo Guasco is an Italian painter and illustrator based in Wales. He loves old posters of the 30s, Picasso, Depero, Feininger, Russian suprematism, cubism and heroic cycling of old times. His illustrations appear on advertising campaigns, magazines, books, hats and bicycles.

Pablo Lobato is a graphic designer and illustrator from Buenos Aires, Argentina. Growing up he was more interested in spending long hours drawing superheroes and medieval knights than playing football. In 1982, he drew his first portrait illustration, Cesar Luis Menotti, the coach of the National football team.

These contemporary digital artists are keeping the spirit of Cubism alive in their respective illustration styles.

What Goes Around Comes Around

As evident from the various examples of trendy 2020 illustration styles, today’s artists are reaching far back into major art movements to get inspiration and will continue to find their own fresh perspective in their reinterpretation.

These three powerful art styles and their movements made permanent impacts on the world of creativity. Their imprints are still felt today and as we progress through the cycles of trends, styles and preferences, we will continue to see their presence. It boils down to this: We know good creative when we see it, and good creative never dies. 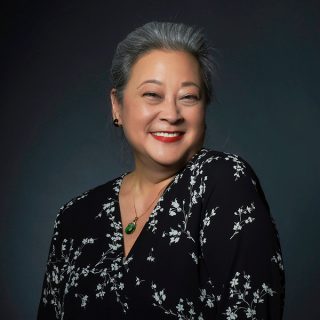